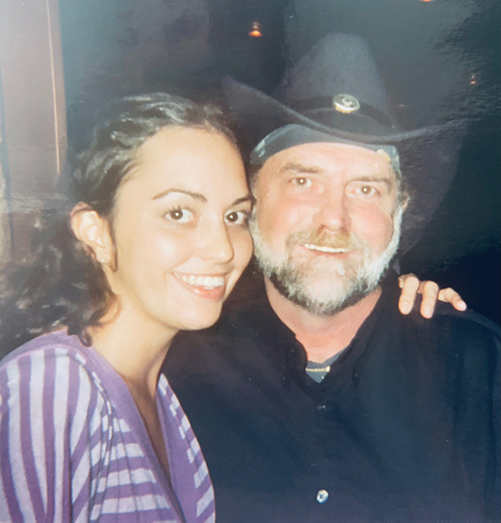 James Edward Bassett Born 11/09/1953 in Sumter ,South Carolina near where his father Jack Bassett was stationed on Air-force base. He passed away with his daughter, Tahnee by his side. This was his 68th birthday. He had resided in Madison, Ga in the community of Farmington where his mother Martha Malcom Jonas lived for more than 20 years.

James was a kind man with a big heart and a die-hard love for his family, his music, and his friends. To know James, whether from first meeting him or knowing him for years, he was your friend, and you were his. You couldn’t help but love him. From early on James’ first love was his music of which he was a great player, singer, and songwriter evidenced in the many beautiful songs he wrote and recorded over the years. His God-given talent James allowed him to play for years on the road alongside some great musicians and friends.

During this time, he was living the life of his dreams. He only had to give up the road life due to his illness, but he continued playing, writing, and recording as long as he could. The only thing that surpassed James’s love for his music was his love for his family whom he loved dearly. The love for his family was glowed when he talked about them. He showed them that love when they were with him, during calls or in the notes he wrote. James was well loved, and he will be missed tremendously by his family, his large number of friends, fellow musicians, brothers, and sisters. But we know he will now be playing and singing perfectly with the angels. Rest in peace James. You will never be forgotten. He survived by daughter, Tahnee Bassett, stepson Michael Shane Nash and his long life friends.