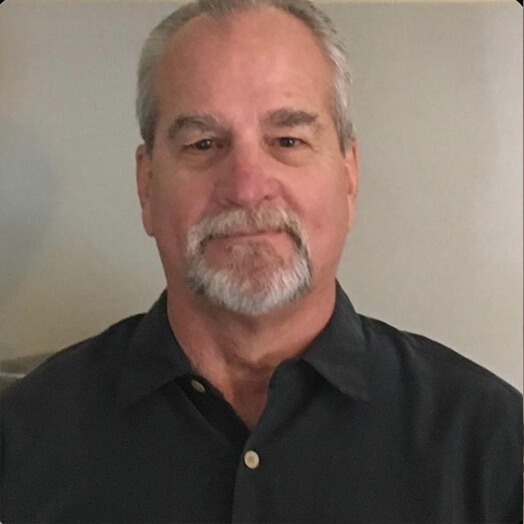 ​Jeff was born in Detroit, Michigan on June 26,1953 to the late Victor and Jeanne Valaska.

In 1960 Jeff moved to Ohio and graduated from Upper Arlington High school in 1971. After years of working on the family farm, he started a career in the tanning industry in 1984. This eventually brought him to Melbourne, Florida in 1989,where he raised two loving daughters. He moved to Georgia in 1998 to continue his career in the tanning industry and eventually became part of the Heartland Tanning family. He was proud to be known as the “Parts Guru” of the indoor tanning business.

​Jeff married his second wife Laurie Pipkin in 1999 who he loved dearly. Jeff was a member of the Southside Cruisers of Georgia corvette club and loved to show off his 1978 Pace Car. He had a love for grilling on his green egg, spending time with a nice cold beer in his backyard pool, and making sure that his lawn was well manicured. He could always be found with his cat Oscar in his lap. Jeff was a friend to everyone he met and would go out of his way to help any of his friends or family. He loved traveling to St. Pete, Florida with his wife Laurie which he frequently referred to as “Paradise.”

​Memorial Services will be held at a later date. The family will notify loved ones in the future when a service is scheduled.

In lieu of flowers, memorial contributions may be made to the Tampa Bay Watch non profit organization.