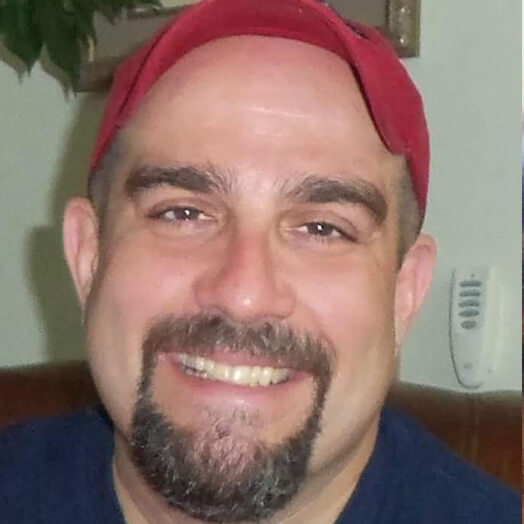 It is with great sadness that the Tino Family shares that our brother, Michael F. Tino, lost his battle with COVID-19 on Monday, September 13, 2021.

Mike was born in Meadville, Pennsylvania on January 18th, 1970.   He was a 1988 graduate of Meadville Area High School and a 1992 graduate of Cabrini University in Radnor, PA.  Mikewas a national accounts sales manager at GE Fire & Security, where he won President’s Club nine times during the 13 years of his tenure.  Mike then joined Qolsys (n/k/a Johnson Controls) as their Director of Sales for Eastern US & Canada, where he became a key contributor in developing the business to become the power in the industry it is today.

Mike, a true motorcycle enthusiast, also loved and excelled in skeet shooting, boating and snow and water skiing.  His wishes were to have his ashes scattered in the ocean and over the Rocky Mountains.

Mike is preceded in death by his parents, Fredrick D. Tino and Lucille Brown Tino, as well as by his brother John S. Tino, and his nieces Kimberly and Julie Resele.  Mike is survived by his son Giovanni Michael, as well as his five siblings, Suzanne Stephenson, Daniel Tino, Debra Tino Wigmore, Mary Mahoney and Carol Tino, and by his four nephews, Michael and KevinFastuca and Jacob and Joshua Cinamon.  His companion and closest friend, Kelly Hargrove, was at his side when he passed.

Mike’s final wishes were for charitable contributions to be made in his name to Saint Jude’s Children’s Research Hospital, the ASPCA and/or to charities designed to preserve the environment.