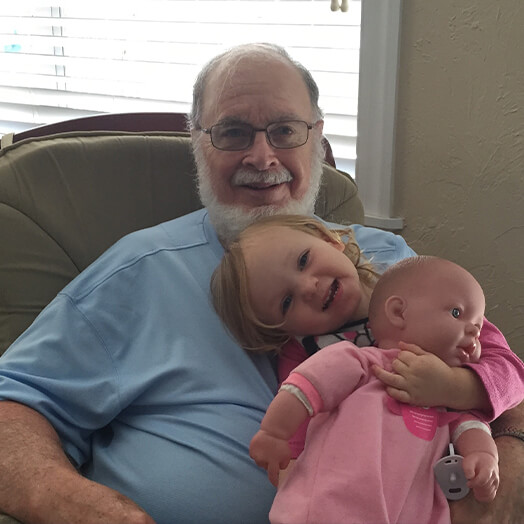 Robert (Skip) McAfee, Jr., passed away peacefully on November 22, 2020 in St. Petersburg, Fla.  He is preceded in death by his wife, Laurice McAfee, to whom he was married for 50 years, and his brother, Peter McAfee.  Skip is survived by his two daughters and their husbands, Taylor and Greg DeFeliceand Megan and David Knisley; grandsons Xander Knisley, Charles and James DeFelice; and granddaughters Gracyn and Olivia Knisley and Lily DeFelice.  Skip earned master’s degrees in geology from Stanford University in 1961 and library science from Columbia University in 1962.  He spent his professional career as an association executive in the D.C. area, but his real passion was baseball.  He was a member of the Society for American Baseball Research (SABR), umpired youth baseball and adult softball in Howard County, Maryland, and was the founding commissioner of the Cindy LaRue Co-Rec Softball League.  As a baseball historian, he was editor of The Dickson Baseball Dictionary, indexer of numerous baseball books and regularly attended the annual Symposium on Baseball and American Culture held in Cooperstown, New York.  He particularly enjoyed old-time country music, indoor soccer, Molson Golden beer, Italian food and coffee ice cream.  He never liked long-sleeve shirts.  In lieu of flowers, donations in memory of Skip may be sent to Unitarian Universalist Congregation of Columbia, Owen Brown Interfaith Center, 7248 Cradlerock Way, Columbia, MD 21045.