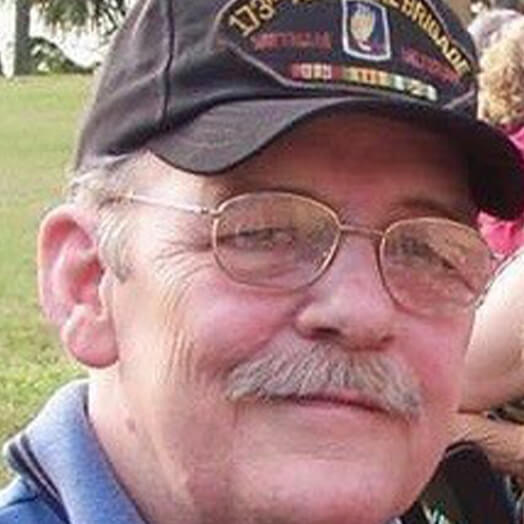 Roger L. Lockwood, 72, passed away Tuesday, April 27, 2021 at Sarasota Memorial Hospital, with his loving wife, Viola and his sister, Cindy by his side.

Born September 26, 1948, in Albion, Michigan, he was the son of the lateRoland O’Dell and Florence Cole, and his loving step mother, Eleanor O’Dell. In addition to his parents, he was preceded in death by his brother, Irving Lockwood and his sister, Vivial Russell.

He was in the 173rd Airborne, US Army and served in Viet Nam. He retired from Tropicana.

He is survived by his wife of 46 years, Viola Wilde Lockwood; his son, Andrew Lockwood; 2 grandson’s, Wyatt and Wesley Lockwood, his sister’s Cindy Gibson and Loretta Castle, Brother, Gregg Lockwood(Debi), 5 Sister-in-laws, 6 Brother-in-laws and many nieces and nephews.

Roger loved being a father and grandfather. But no one meant more than his wife/soulmate. He enjoyed his retirement in spite a disability from a neck injury that limited him. He fought hard to survive cancer, but in the end, he lost that battle.

A celebration of life will be held, at a later date.

Memorials may be made to Wounded Warrior Project.

The body of Mr. Lockwood has been entrusted to Going Home Cremation Services. He will be laid to rest at the VA Cemetery in Sarasota Florida.