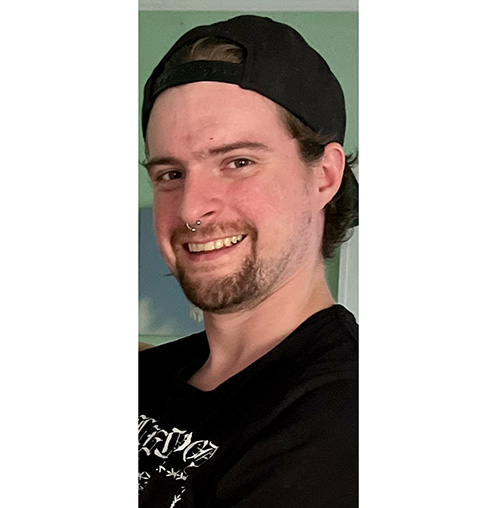 William Patrick (Bill) Ingram, of St. Petersburg, Florida, who was born in Boston and grew up in Nyack, New York, died Friday, May 27 in St. Petersburg of undetermined causes. He was 32.

In his short life, Bill built many lasting, loving friendships. In recent years, he discovered a passion for cooking, which he employed at several fine restaurants in St. Pete. An avid musician, Bill played bass in numerous bands during his middle and high school years, including the Olde Heroes and Raw Deal, at venues like the Nyack Center, the Nyack Village Theatre and Olive’s Bar. Bill was fierce in every aspect of his life: a fierce lover, a fiercely protective father. A fierce debater, a fiercely loyal friend. He was generous, committed and kind.

Bill leaves behind his sweet son Hunter, the light of his life, at just 3 years old, and Hunter’s mother, Jamie Moltzan of St Petersburg. He is survived by his devoted mother Patricia Janicek and her husband Steve, of Princeton, New Jersey; his father, Chris Ingram of Sewell, NJ, and his loving brother Rob of Rochester, NY. On his mother’s side of the family, Bill was pre-deceased by his doting grandmother, Marilyn Carroll. He leaves behind his grandfather, William Carroll of Needham, MA, for whom he was named; aunts and uncles Linda and Mike Phelan of Millis, MA; Janice and Rich Sturchio of Boston; Kristen and Chuck Dreyer of Ashland, MA; Michael and Siobhan Carroll of Barrington, RI; Martin Moran of West Hartford, CT; and nine cousins.

On his father’s side, Bill was pre-deceased by his grandfather, Dan Ingram. He also leaves his step-grandmother Maureen Donnelly of Fort Lauderdale, FL; uncles and aunts Joan and John Gavigan of Ellicott City, MD; Dan Ingram of Sewell, NJ; Dave and Connie Ingram of Denver, CO; Robert and Lisa Ingram of Denver; Laura and Harry Turetsky of Ronkonkoma, NY; Linda and Hernando Vargas of Bellmore, NY; Michelle, Christina and Jacqueline, and 23 cousins.

Plans are underway for the establishment of a trust fund for Bill’s son, Hunter Ingram. Details will become available in time. His parents, Patricia and Chris ask that you savor every moment with your children and loved ones. And like Bill, to never shy away from telling them, “I love you.”.